Purpose: The Mount Alexander Shire Indigenous Roundtable provides a forum for community members and community organisations to share ideas and resources that are relevant to the local Aboriginal community. It also acts as a reference group for actions and progress review relating to Council’s Commitment to the Aboriginal and Torres Strait island Peoples of the Shire.

Membership and Roles: The Roundtable is hosted by Council and co-chaired by the Mayor and Aboriginal elder Uncle Rick Nelson or nominated representatives.

The Nalderun Upper Loddon Committee will act as an operational group to implement any actions or projects that arise from the Indigenous Roundtable.

Quorum: Four non-Council participants (of which at least two are local indigenous people) and both chairpersons (or their nominees).

Meetings:
The Round Table will meet four times per year at in a venue located within the shire. The forward agenda will be outlined at the end of each meeting and will be finalised by the co-chairs.
Reporting and Circulation:

The Roundtable agenda and documents will be distributed at least five working days prior to the next scheduled meeting.

Notes from each meeting will be circulated to all invitees and Councilors within the fortnight following each round table.

The Roundtable will provide an annual summary to Council in conjunction with an annual report on actions arising from Council’s response to its Commitment to the Aboriginal and Torres Strait Island Peoples of the Shire. 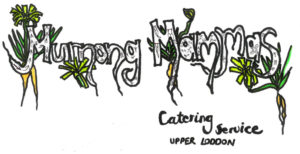